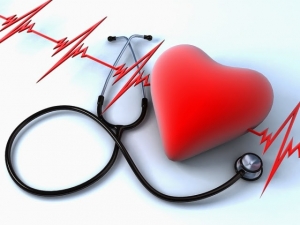 Up to three-quarters of heart attacks in younger women could be prevented if women followed a number of healthy lifestyle practices, a new study shows.

Researchers followed nearly 70,000 women over two decades. They documented all cases of heart disease and death that occurred during the study period, and every two years, they looked at six aspects of the women’s lifestyles: smoking, alcohol consumption, body mass index, physical activity, TV-watching habits and diet quality.

“We wanted to find out what proportion of heart disease cases could be attributed to unhealthy habits,” said study co-author Andrea Chomistek, a researcher at the Indiana University School of Public Health-Bloomington.

In general, people’s risk of dying from heart disease in the United States has been declining over the past couple of decades. But women ages 35 to 44 have not shown the same reduction as other groups, and researchers think a part of the difference could be explained by lifestyle choices, according to the study.

At the start of the study, the participants were 37 years old on average, and those who developed heart disease during the study period did so at age 50, on average, the researchers said. The researchers defined being “healthy” in the six habits as not smoking, consuming no more than one alcoholic drink daily, having a BMI in the normal range (18.5 to 24.9), exercising for at least 2.5 hours weekly, watching TV for fewer than 7 hours weekly, and consuming a diet rich in vegetables and whole grains and low in red meat, refined grains and sugar.

The researchers found that the women who followed healthy practices in all six aspects of their lifestyle had a 92 percent lower risk of having a heart attack, and a 66 percent lower risk of developing a risk factor for heart disease — such as type 2 diabetes, high blood pressure or high blood cholesterol — compared with the women who were unhealthy in all six measures.

The results also showed that three-quarters of heart attacks in women in this age range, and almost half of all risk factors in these women, could have been prevented if all of the women in the study had lived a healthy lifestyle, the researchers said.

Taking up a healthier lifestyle by eating better and exercising more is often the first recommendation made for people who have high blood sugar, high cholesterol or another risk factor for heart disease, according to the Centers for Disease Control and Prevention. In line with those recommendations, when the researchers looked only at women who had developed risk factors for heart disease (and not those who actually had heart attacks), they found that women who followed at least four of the healthy lifestyle practices had a markedly lower risk of going on to develop heart disease than the women who did not practice any of the healthy habits.

“Women should begin following these lifestyle practices early in life, especially if they are already taking medication for a risk factor such as hypertension or high cholesterol,” Chomistek said. “It’s an easy way to prevent future heart trouble.”

The study was published today (Jan. 5) in the Journal of the American College of Cardiology.